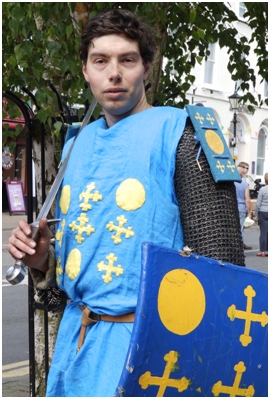 Sir Richard Coffyn may be a knight, but he is hardly to be counted among such great lords of England as the earls of Warwick or Northumberland. The Coffyn or Coffin family hold land at Portledge and Alwington in Devon and are respected members of the local gentry, but have made little impression beyond their home county.

Sir Richard hopes to change this. King Edward ‘Longshanks’ and his son have recruited many minor knights to fight in Wales, Scotland and Flanders, and a military career offers new opportunities for gentry like the Coffyns to win fame and wealth. Although Sir Richard cannot afford the most modern armour, he has no shortage of ambition – and hopefully sufficient skill at arms to win the patronage of powerful friends