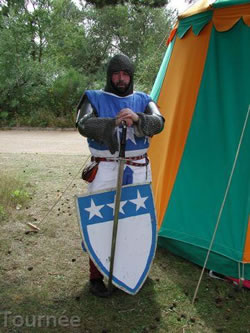 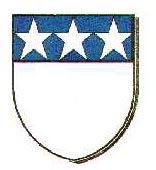 Claiming descent from James Douglas "de Laudonia", Robert managed something very unusual in the Douglas family in that history has ignored him completely. The family records skip from James directly to Robert's nephews William and John, reflecting perhaps the family's wish to remove him (and his father) from their pedigree given his long tenure at the English court.

Present at the siege of Berwick in 1296 which saw the massacre of the whole of the town by Edward Longshanks, Robert stood hostage in London for the good conduct of William Douglas, known as "le Hardi", a distant relation but one who had ensured that all who went by the name of Douglas would prosper, and who had taken the young Robert under his wing. William had been the Scottish governor of Berwick, but on its surrender he was among those who fixed their seals to the "Ragman Roll", granting Scotland to Edward.

With the rising of Wallace in 1297, William Douglas was the first Scottish noble to join his cause, conveniently forgetting the surety he had given. Robert was moved to the Tower, and William's English estates at Faudon in Northumbria were declared forfeit.

With William's capture in 1298, Robert was released from the Tower to make way for the head of his family, but was prohibited from returning to Scotland. Seeking experience and security, he was granted permission to participate in tournaments across England. Now, with the coronation of Edward II and the ongoing struggle for control in Scotland in which Sir James Douglas plays a prominent part on the Scottish side, he remains in England in the hope of further advancement, and the recovery of Faudon for the family.

In the current uncertainty, he defends the King from his detractors, not from any loyalty to the man himself (as Douglas is all too aware of his failings), but from his belief in the God-given right of kings to rule. For others to dispute this seems to him to be close to heresy...

Douglas is played by Paul Murphy, originally from Greenock but now living near Cambridge. With thirty years experience of re-enactment, he now relies on experience rather than speed to keep himself in one piece. Of Douglas, he says "the shifting loyalties of the border families were a necessity in a time of constant strife, so I enjoy playing someone who's not quite the classical hero, but who generally gets a much better reception than de Boissey!"